Skip to content
Please add Image or Slider Widget in Appearance Widgets Page Banner.
If you would like to use different Widgets on each page, we reccommend Widget Context Plugin.

“When you are pitching something to clients, make sure it is unique. Whether they love it or hate it, take a risk. You never know if they find it interesting and if that will land you a new account.”

This was one of the more memorable quotes from Sombat Ngamchalermsak, Paperspace Asia co-founder, during his webinar entitled “The Secrets of Business Pitching.” Held last April 20, 2020, Sombat wanted to share his learnings on building credibility with clients and winning their trust.

Grasping the art of pitching is the first mark of every designer’s foray into the world of business. This is something that Sombat himself has lived and learned through.

In the aftermath of the 1997 Asian Financial Crisis, he could not find a job in his native Thailand. What he did was to print the design plates of his school thesis and brought them to Singapore. With that portfolio, he got into an agency and the rest was history.

It was there that Sombat designed offices for some of the world’s biggest companies – the leading search engine giant today, a social networking site that everybody is now on, and a business that rents out vacation houses without owning any of them. But eventually, he decided to setup his own company from scratch.

“What I forgot was that I only learned to be good at design during those 10 years I spent as an employee,” he recalled. “I had no clue how to setup a new business and connect with potential clients.”

What he did was to be brave and pitch himself. Sombat wrote emails to around 30 design magazines in Thailand, introducing himself as someone who just got back from Singapore designing for major conglomerates. He eventually got featured in one magazine article in 2011, bringing major publicity to his startup.

“I then realized there were a lot of small firms like mine who didn’t have connections and capacity to grow bigger. I knew that if I could take that opportunity and scale it up, I could have a new business model on my hands,” Sombat said.

This was how Paperspace Asia got started. He pitched to his co-founder, Narita Cheah, and got her interested in the business model that many found unsustainable in the long run. Now, Paperspace is in its fourth year of existence, with offices in three countries, and 70 completed projects under its belt.

For Sombat, their success came because Paperspace made good business pitches along the way.

During the webinar, Sombat talked about three types of pitches that he uses: the sales pitch, the public pitch, and the elevator pitch.

The sales pitch, usually 30 to 60 minutes long, is deployed when gunning for a win. Sombat shared that the first thing he does is to visit the potential client’s website and look at their design aesthetic. He then proceeds to study the CEO’s profile.

“Did he study abroad? Does he like technology? What is the look he tries to project on his work environment? These are the questions you need to ask,” Sombat said.

He recalled how he came up with a recycled cardboard box theme for the office design of the world’s top social networking site in India. The company was just a start-up back in 2007 and was only staying in that specific site for six months before moving to a bigger office. By understanding the company’s needs and plans, Sombat was able to sell them on the idea of recycling their office fixtures after the move.

The second type of pitch, the public pitch, is 15 to 30 minutes long and is very similar to public speaking. Sombat shares that in the past, he could skip this kind of pitch and still get clients. But he has learned that to reach a bigger audience, introducing Paperspace at every event he attends helped to make first impressions.

Speaking in various forums and workshops, he realized that people were listening to him not for his company profile but for the learnings he could impart to them.

“We don’t sell, we just educate, hoping that we can convert our listeners into clients,” Sombat noted. “We can’t just let our work speak for us; we have to be influencers ourselves.”

The third type of pitch that Sombat discussed was the elevator pitch. Lasting for a mere three to ten minutes, he said that one must be able to relate the concept in mind very well, usually to businessmen looking to invest in one’s company.

“Don’t sell, tell a story,” he said. “Make them feel like they are in a movie. Take them through the journey and let them remember what you just said.”

He also reminded the webinar attendees to know their capacities as well as those of their competitors. After all, a business pitch is like going to battle. To succeed, even against bigger foes, one must have the better strategy based on his own strengths and weaknesses.

To close the webinar, Sombat gave a few more tips for successful business pitches. First, he emphasized that face-to-face meetings are still more effective at landing clients, but online pitches can prepare the way for that. He also reminded the participants to ask clients after unsuccessful pitches what aspects they did not like so one would know how to do better the next time.

Most importantly, he emphasized the need to listen.

“Sometimes, we just talk too much and focus on me, me, everything about me. What I learned through my experiences is that we need to ask our potential clients about their story before presenting. This makes them more open to collaborations than if we just talked and talked,” Sombat ended. Shapingthe Hybrid office Through the Lens of Coworking

With sudden shifts towards and acceptance of remote work, the Covid-19 pandemic has abruptly challenged a decade of corporate real estate and workplace design decisions by calling into question the purpose of large centralized office locations with many organisations permanently shifting towards a fully remote or hybrid workforce. 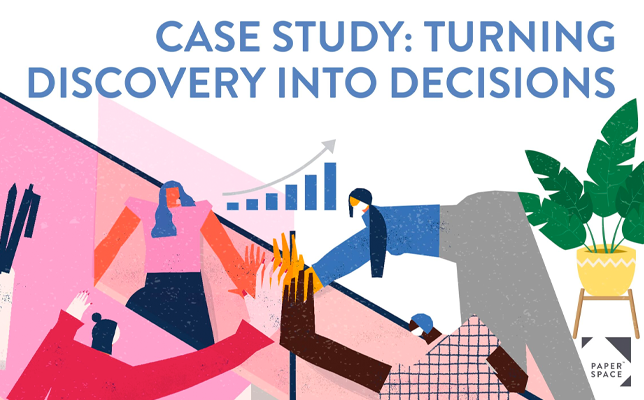 You’ve read how People Driven Workplaces need to embrace empathy, purpose and a culture of experimentation. Find out how our Thailand client, Food Passion, quickly and effectively The COVID-19 pandemic has dramatically changed the way in which we live and work as people, professionals, and organizations. In a very short period of time, new norms have arisen.

As governments begin lifting Covid-19 restrictions around the region, organisations have begun to assess how and… Workplace Adaptation : 2020 and beyond COVID-19 has shattered the patterns of this world. As we keep going, ensuring all production is stable, people are coping well You’ve hit the pause button and taken a look at the effectiveness of your strategies to adapt and deal with Covid-19. Due to the sudden onset of the lockdown measures, most office workers were sent home to work remotely. While everyone

Kokuyo Worksight 2020 – Preparing for the Future

The landscape of architecture, engineering, and construction (AEC) industry is continually evolving with many players creating new opportunities in the market.

A Modern Learning Facility for All of Asia

Our confidential technology client, one of the world’s most innovative companies, created an educational outreach program to drive forward digital technology knowledge,

The Paperspace Philippines Knowledge Series 2020 is a webinar series with highly-informative modules for architects and interior designers.

The second webinar session of the Paperspace Philippines Knowledge Series 2020 was held on August 17 at 3 PM. It was attended by architects, interior designers, and design enthusiasts in general.